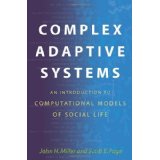 Yesterday, I gave a short talk to the International Society of Service Innovation Specialists (ISSIP) about some of my Musings on Metrics for Service Systems.

The basic approach in Eric J. Chaisson’s book Cosmic Evolution is entropy.  His fundamental metric is “free energy rate density”.   Systems “feed” off a flow of energy.  Chaisson computes his metric for a wide range of systems from galaxies, stars, human bodies, and societies, and he shows that larger values of the metric are correlated with our general notion of greater complexity.  If you’re a physicist, you’ll probably enjoy his development through a sequence of formulas; if you’re focused less on physics formulas, more on service science, and don’t want to read the whole book, then I recommend

My musings were how these ideas could or should be applied in a service science context.  Chaisson’s metric is based on free energy (measured in ergs) flow (per second) density (per gram).  All four of these words have meaning.  I generalize his metric to “usable consumable rate density”.

I wondered about the following metrics

The Physics area is exactly Chaisson’s metric.  Since all service systems exist in the physical world, we can directly use this metric for service systems.

However, some services are virtual, so a metric focusing on information as the consumable makes a lot of sense.  Chaisson discusses this possibility and rejects it because the concepts are slippery.  However, I think it is an area worth further consideration.  Information in a data stream can be partitioned into a part that can be described by some (small) process plus a part that is random.  The “usable information” is only the part described by the process.  This direction needs a lot more fleshing out.

One of the common tag lines for Service Science is “co-creation of value”.  So what is “value” exactly?  We can define it financially (see below), but that ignores some types of value.  Does utility sufficiently capture the idea of “value”?

During the call, Haluk suggested “units of experience” as an interesting base for the consumable.  As not all experiences are “usable”, we might focus on memorable experiences or the user’s utility of the experience (as measured by surveys?).

The measures above have many slippery terms in them.  A financial approach eliminates a lot of slipperiness (though some might argue it introduces sliminess 🙂 ).  Not all revenue is usable, so “after tax revenue per service hour per company liquidation value” might be an interesting service metric. Hunter suggested some other ideas; consumable: profit or EBITDA; rate: per quarter, per year or per reporting period; density: per employee, per customer, per capitialized dollar, or per balance sheet dollar.

Yesterday I went to a very interesting lecture at Duke University by Professor Dana Nau on Evolutionary Game Theory and the Role of Third-Party Punishment in Human Cultures.

They use evolutionary game theory to help explain the phenomenon of responsible third-party punishment (3PP).  Assume agent A harms agent B.  Then agent C is a responsible third-party punisher (of A) if C spends some its own resources to punish A, receiving no benefit to itself.  Using simulation and a lot of details I don’t consider here, they show that high strength-of-ties and low mobility foster the evolution of responsible 3PP.

While this work considers human cultures, it likely has application to systems of autonomous agents.   And, in particular, how punishment could or should work when agents violate their commitments (commitments are a major element of my own research, which I’ll explain it upcoming posts).

In addition to the meat of this paper, I was particularly interested in the social graph that defines each agent’s neighborhood.  As their approach is evolutionary, they “mutate” (among other things) the social graph during the simulation.  They randomly pick two agents and swap them (I’ll call this “stranger swap”).  This is like ripping these two agents out of their current groups and jamming them into completely different groups.   Each agent adopt the other’s friendships.  This is like Star Trek’s tele-portation, or perhaps The Prince and the Pauper.  This is radical.  Agents can move arbitrarily far, but they can be thrust into neighborhoods of the social graph which have little or nothing in common with their old neighborhoods.

A less radical mutation would be “friend swap” which can swap two agents only if they are currently friends (socially adjacent).  This kind of swap moves an agent to a similar neighborhood.  This is more like slow animal migration than tele-portation.  Of course, since agents can only migrate one step per mutation, it will take longer for them to move as far as “stranger swapping”, but it does a better job at incrementally changing agent’s neighborhoods.  A “friend of a friend swap” would be a middle ground between “stranger swap” and “friend swap”.

All three of these social graph mutations leave the structure of the graph absolutely fixed.  I also wondered about a different kind of mutation which seems closer to what happens in real life.  What about the social mutations of “drop friend” where an agent randomly deletes the relationship (edge) with one of its current friends, and “add friend” where an agent randomly adds a relationship with some new agent.  This means the agent maintains most of its existing relationships, but the structure of the graph changes.  We’d have to carefully consider the pool from which an agent randomly chooses a new friend. If the pool includes all agents in the graph, I’d expect the graph to collapse in on itself (constantly shrinking graph diameter) over time.  If the pool includes just friends of friends, the graph would still shrink, but more slowly.  Is there a way to mutate so that various properties of the graph (like graph diameter) are maintained?

I think social graph mutations are interesting.  Do you agree?